I realize that it's a matter of self-preservation for the software monoliths and that they're just trying to stay solvent by squeezing monthly fees out users for the privilege of licensing its wares, but it doesn't mean that I have to like it. It's especially off-putting to have to pay monthly for software that I might not even use every month.

Install and set up Office on an iPhone or iPad

In fact, there's a bona fide possibility of Microsoft "halo effect" with Large companies aren't always early adopters when it comes to installing the latest version of software, many opt for a more conservative "wait for the first Service Pack" approach. Microsoft says over 15 percent of the Exchange installed base is now on Office , but that's only the mail side, which is available on all Office subscriptions. Subscriptions that include desktop and iPad versions are more expensive. A generous estimate is that percent of the installed base subscribes to Office Which is exactly my point: Is this a harbinger of things to come?

Not in the near future Microsoft's not as nimble—or as crazy—as Adobe but the handwriting is on the wall. A parade of third-party gesture keyboards arrives for iOS 8. How to get iOS 8 before your friends and coworkers. How to get the most money for your old iPhone. Apple denies breach in celebrity iCloud 'hack'.


People don't want to pay big bucks for a new smartphone. The Galaxy S10 has no iPhone-style notch. An ad accidentally aired in Norway reveals Samsung has a different solution for its new phone's screen. No more arm cramps.


I just want to share this with the world! I want you to have this freedom too! I love most things about this app, like that it formats smartly most of the time and coordinates with other Office apps well, and is generally very easy to use. Please make this feature actually useful. Spoiler alert: Three seconds of thought could tell someone that these changes were a bad idea, but they happened anyway. When I switched to Mac, it was only because I could get a subscription to Office and continue to use Word.

I want everything in iCloud because it makes sense to have one unified storage location. The inconvenience of this demand is making me consider moving over to all of the apple products. Open that feature so we can save to the iCloud! Fix this please! App Store Preview. This app is only available on the App Store for iOS devices.

Screenshots iPhone iPad. We regularly release updates to the app, which include great new features, as well as improvements for speed and reliability.

The files you see are specific to the app you opened them in. For example, if you opened the Word app, you'll only see Word documents. To use the extra features in the apps, you must sign in with the Microsoft account or work or school account that's associated with your qualifying Office subscription. If you have an iPad Pro, you must also have a qualifying plan to do any type of editing on that particular device. 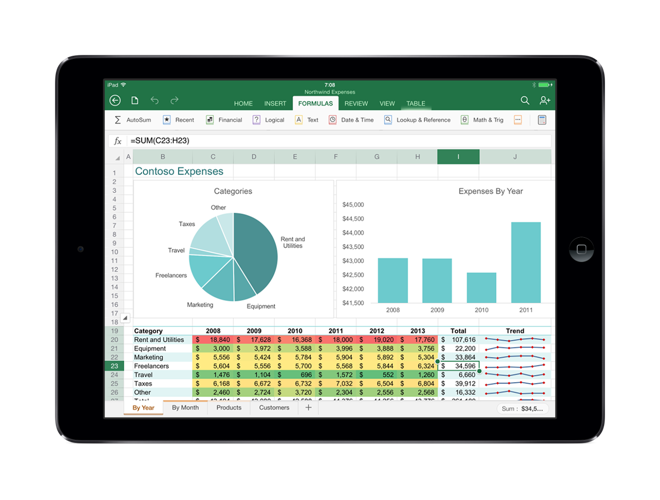 Check here for the most current system requirements. App availability also varies by country. Find out what's available in your country. What's new in Office